Posts from the ‘Political’ category 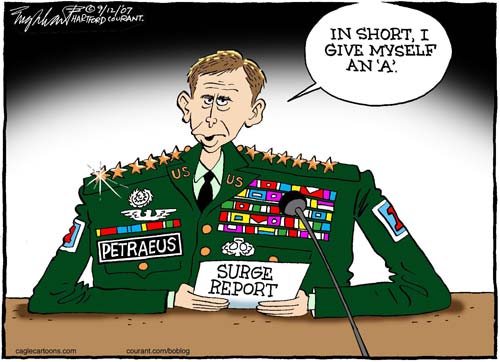 My answer:  Yes, of course. A French human rights activist, Amandine Roche, is trying exactly that under the premise that peace comes from within. There is no harm is trying, right? When the white Western masters are not yielding & they continue to bomb the Afghan population for past decade in the name of bringing democracy, civilization, & freedom, the European human rights activists have to take resort in ancient Hindu myths to create a (false) sense of peaceful invincibility among Islamic Afghans before the next drone brings eternal peace to the participants!

Don’t you think that it is a human’s right to be able to find peace through body contortions & focusing in universal sound of Om, when the rest of the country is being violently pummeled by illegal aliens? I’ll have to think about that one. But wonder why a part of my brain is saying that the human rights activists out there should fuck the peace shit & organize the Afghans to become a unified formidable violent force to regain their country, their history, their culture, their economy & throw the outsiders, who are trying to play God, where they belong, out of their boundaries.

Peace be with all!

I have an idea how:

By leading a ‘bloodless coup at age 27 to overthrow a monarch, King Idris. Now do we know what Idris had done for or to Libya?
By allegdly masterminding the bombing of a Berlin disco that was favorite among American soldiers
By allegdly funding the bombing of a Pan Am Flight
By alledgly hijacking a cruise ship
By being attended by European nurses, who by the way did not have anything bad to say about their employer
By having female bodyguards
By having neumerous phobia
By having less than 10k prisonors in Libyan jails

Oh lord! I’ve never heard of a more terrorizing human being. Finally the world will sleep in peace. Oh wait not so soon… there are two more tyrants still breathing: Ahmedinejad & Kim Jong Il. After these two remaining devils are killed, heaven will descend on the earth. Starving children will have food to eat. American citizens who stink like assholes & live on the streets will finally get back their dignity. Every human being will have equal rights to the resources of the world. We all will be a happy lot!

Do we still need to vote?